Unprofessionalism of some Police Officers : Christopher from Nigeria 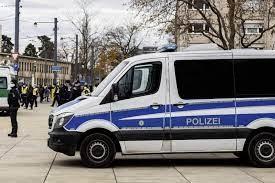 Christopher is refugee from Nigeria, who have lived in Schalstad a subburb of Freiburg for over some years. Christopher has lived in Germany for a total of over 5years.

On the 4th of June, he had an appointment from his working place and when he arrived, one of his Chef (Boss) gave him a contact number from the police in Freiburg to contact the officer. Christopher did and contacted the the officer and booked an appointment with him to appear in the police station to assist them by answering some questions concerning his assylum on Tuesday 7th June, 2022. According to Christopher, the police hqandCuffed his as soon as he arrived and he asked them, "Why have you handcuffed me?, this is not what the appointment was for". The police then told him, we are going to deport you back to Nigeria, the only one who can save you now is the court. so they took him to court that day 7th June,  and luckly for him, the court tempered justice with mercy and freed Christopher on the 7th June.

But unluckly part was that, another unprofessional Police officers, went back to Christopher's house in schallstadt again on Wednesday, 8th June, 2022. to pick him and still deport him, despite the court decisions on Tuesday 7th June.

Christopher, told these officers that, I was in the court yesterday and the Judge granted me Mercy to stay. the officers told Christopher that, "We don't care, just pick up what you want to go with and we will take you".

Christopher looked around and the only option he had want to jump from his window and run away to save his life.

But unfortunately, Christopher broke his both legs when he landed on the ground. The police then called Ambulance to come and assist the situation and Christopher was rushed to Hospital for treatment.

Christopher is now asking for help to seek Justice on this case.

Attached is Audio interview of Christopher.

Our Voice Received an award for 'special commitment for refugees and against deportations'
Let's Break the Silence!
Anyone who complains is arrested
Dear White People. Let's Break the Silence, Black Life Matter!
Not having a gouvernment at the time is better than having Rusnok and his friends - Advanced reelection in Czech Republik